Competitive Trampolining – Check It Out 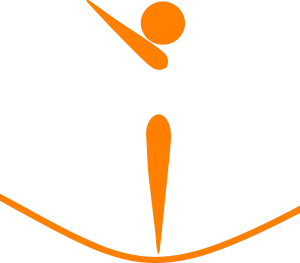 Competitive trampolining is a unique and interesting approach to gymnastics that combines a number of different athletic skills into several interesting formats. It has been in existence for quite a few years and holds a proud place on the international scene as one of the most challenging and respected gymnastic events in the world.

Competitive trampolining was part of the objective since the invention of the trampoline in 1934 at the University of Iowa, but the 10 bounce format that is used today was codified in the early 1950s. This began a series of improvements and changes to the style of competition that eventually resulted in the first Trampoline World Championships being held in London in 1964 and organized by a man named Ted Blake.

Blake was a competitor himself who had been featured on the first televised UK National Championships just six years earlier and believed that the sport had long lasting viability as a spectator event. As it turned out, Blake was right and the growing exposure was making Trampolining even more popular every year.

In modern competitive trampoline, there are four different events that one can participate in.

Individual – The most basic event, and the only one current accepted at the Olympics, is very simple. The competitor is required to do ten bounces — called “contacts” — and they are expected to perform a number of rotations, twists, and turns in midair while holding various positions. They are then graded based on their performance. They will generally have to perform two or three routines, at least one of which will have certain requirements for skills that should be demonstrated.

Double Mini-Trampoline – This event is done with a special type of trampoline called the Double Mini-Trampoline or DMT. The DMT has one sloping end and one flat part. Competitors run up to the sloped end, bounce off onto the flat part, then bounce again for the dismount. They perform moves in the air in one of two formats. In the first, called a mounter pass, the competitor will do two moves: one after jumping off the sloping end and one after jumping on the flat section before the dismount. The second format is called a spotter pass and only requires one move in midair with the jump from the sloping end being straight up to gain height for the flat section jump.

Power Tumbling – This last competitive format is similar to a gymnastics floor routine. It takes place on a 25 foot long spring track where the competitor is expected to do a series of moves down the length of the track for two passes and will be judged based on the degree of difficulty, smoothness of the routine, and execution of the moves.

If you’re interesting in getting involved in competitive trampolining, there are a number of ways to go about it. Checking the website of the Federation Internationale de Gymnastique (FIG), which is the governing body overseeing the sport, will be able to point you to local places that teach. You can also check with your local gymnastics instructors where you might find somebody to teach this highly specialized sport.

Both men and women can participate in competitive trampolining and many of them come out of more common gymnastics skills which can be very helpful in learning many of the moves that are involved in this sport. Somersaults, twists, and rotations are fairly common in sports like floor routines, parallel bars, rings, and even balance beam, so it becomes a little easier to learn how to do them with more power in the jumps.

Like many similar sports, there is a nested hierarchy of competitions starting at regional competitions, moving up through state and national ones and culminating in international competition. Generally scouts from various countries will be at the larger competitions looking for qualifying people to join national teams for Olympic or World Championship consideration.

Far from being a silly pastime, competitive trampolining is a serious sport with a strong national and international following. It’s also exciting, fun, and a great activity to get involved in. And if you’re looking to start practicing you can check out our homepage where we review some of the best trampolines in 2017.