Many parents don’t want to get their children involved in team sports. Perhaps they are unwilling to expose their children to the often harsh nature of some of the other parents or their kids just don’t want to be around so many people. Regardless of the reason, the fact of the matter is that there are options for physical activity with kids that doesn’t necessarily mean that they have to be part of an organized team. It also doesn’t mean that they won’t be able to make friends and build their social circle.

These are just a few singular sports that kids might want to take part in.

What kid hasn’t picked up a stick and pretended it was a sword? Fencing is a great sport for kids and adults alike with several different approaches.

The most commonly thought of, Olympic-style or “strip” fencing, is done based on French rules established in the mid-1800s for competition. It is a highly precise sport that requires kids to learn how to think strategically, how to keep multiple rules in their head at the same time, how to keep track of their “place” in the order of combat, and a number of other mental as well as physical factors.

Another approach to fencing is through historical recreation, such as what you might find in the Society for Creative Anachronism. This worldwide organization tries to safely replicate how things would have been done in history, from soap making to book illumination to even fencing. Not only does this provide fencing “in the round” instead of along a single line, it also teaches kids the history of the sport and often provides free lessons taught at local practices around the world.

This is a catch all term for any martial arts that focuses on how to use the body for self-defense rather than specifically on weapons and can include kung fu, kenpo, ikido, tae kwan do, krav maga, boxing, and any number of other regional or national sports.

Not only is this excellent exercise for a kid, but it also usually comes with positive lessons that focus on building a sense of personal honor, not fighting unless necessary, and standing up for others.

More and more kids are starting to take up golf as a sport. Once thought of only as something done by businessmen and adults, the popularity of the sport over the past decade can encouraged more kids to want to get involved.

Not only is golf a surprisingly more active sport than might otherwise be considered, it also teaches kids a number of valuable lessons that they can take into the rest of their life. For example, it stresses patience both in terms of lining up your own shots, but in being polite to others while they play. Further, golf is a game of precision and kids can learn that even the smallest changes to the way they do things can often lead to really dramatic results.

Perhaps most importantly, while golf is technically a solo experience, it provide the opportunity to play with a small group. Kids are still competing primarily with themselves, but can socialize with other members of their foursome while playing the course.

One of the most intense solo activities, gymnastics gives kids a wide variety of different types of activity to do and encourages endurance, flexibility, and balance. 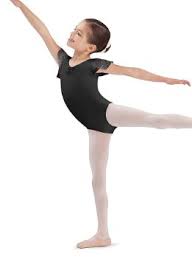 Young kids often love gymnastics because they enjoy the running, jumping, tumbling, and often outright flying through the air that they get to do. Older kids like the challenge, the variety of sub-sports, and the energy it gives them to get through their often very busy days.

Be it ballroom or ballet, tap or jazz, dance is actually a fantastic sport for boys and girls alike. Not only is a fairly easy for them to get involved with, but it also introduces them to a number of different styles of music and improves their exposure to culture.

Beyond that, it can help a child learn rhythm, grace, and improved stamina while also being a lot of fun and remaining more active than learning an instrument might be.