Tips To Make Your Trampoline Last 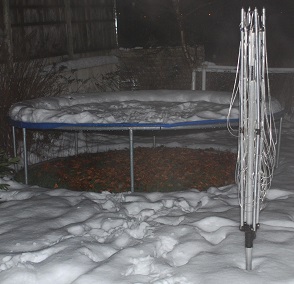 Will your trampoline survive the elements?

So you’ve finally bought that trampoline that you’ve wanted since you were a kid. Maybe you’re like me and first had the idea after watching Tom Hanks bounce on one in the movie Big, or maybe it was something else that made you really want to have a huge trampoline to just jump on for hours. Whatever the reason, you finally bought one and realized that you couldn’t fit it anywhere inside the house, so you now have it in the back yard.

The problem is, often large trampolines can be expensive, and having it exposed to the elements means that you might end up with a broken product sooner rather than later. While it is inevitable that things outside will break, you can do quite a bit to lengthen the life of your outdoor trampoline without making very much effort at all. Here are just a few tips that will help you get more life out of your trampoline.

It’s not always easy to keep anything stored outside in high quality condition, but if you pay attention and make the small effort to keep up with basic maintenance, you should have no problem enjoying your large, outdoor trampoline for years to come.